Convert from an S Corp to a C Corp 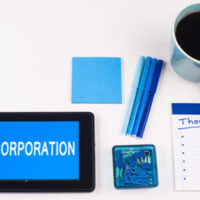 Indeed, according to a news release from the IRS, certain TCJA changes will only apply to C corporations that revoke their S corporation status before December 22, 2019. We will tell you more about the TCJA changes and the corresponding deadline.

Corporations in general are one type of business structure you can choose when you are forming a business entity. As you likely know, C corps are a type of corporation owned by shareholders and governed by a board of directors. Once you decide to form a corporation, you will likely be selecting between a C corp and an S corp. The C corp is the default, or standard, type of corporation for anyone creating a business. To be sure, even an S corp begins as a C corp. Then, if you want to become an S corporation, you must take any necessary steps to become an S corp through the IRS.

Making Changes Due to the Tax Cuts and Jobs Act

With the Tax Cuts and Jobs Act changes, the important thing to know is that C corporations now have a flat 21 percent corporate tax rate. With the passage of the TCJA, there are two additional changes for an S corporation that converts to a C corporation. According to the IRS news release, those changes are as follows:

In order to take advantage, however, the following must be true of a C corporation that used to be an S corporation:

While an S corporation can convert to a C corporation at any point in time, the benefits discussed above are only available to an S corp that revokes its status to become a C corp before December 22, 2019.

If you have questions about converting from an S corporation to a C corporation, a Florida entity formation attorney can help. Contact the Law Office of Clifford J. Hunt, P.A. to learn more.